It shouldn’t come as a surprise: I like to venture into international environments. So it makes sense for me to want to get a summer job at the airport, right?

This summer I worked at Brussels Airport’s Starbucks for the third summer in a row. The fact that I was placed at Starbucks was just plain luck (seeing as I am a coffee addict after all!). Eventually my last workday there came to an end. It was a bit of a sad moment, because this might have been my last day here ever! In September I would start with my new studies and when/if I successfully graduated I would start looking for my first real job. Eeep!

Anyways, I banned these thoughts from my mind and started focusing on the fact that I could start packing for a little trip. It wasn’t until I went on holiday in Spain two months before that I had a reason to get my suitcase out of the closet. Finally I was allowed to go “out there” again! 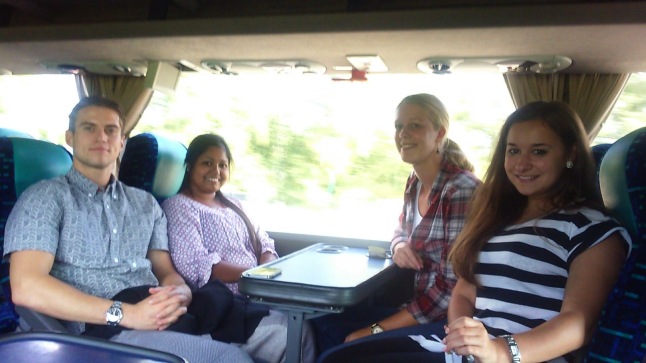 The new program I enrolled in started immediately on the right note. The 3 Continent Master of Global Management (or 3CMGM for short) entails exactly what the name describes: an international management program spread out over 3 continents. As such, the fact that we would go on a short getaway before classes even started didn’t seem that strange to me. Even if we were only going to de Hoge Rielen.

All of my friends seemed to have been to the forest of Kasterlee before, at least once. I hadn’t yet. I asked them for their opinions and I found out the following things:

To say the least: I was a bit nervous about going. More than usually, because I was going “into the wild” with nineteen strangers. That’s not exactly a piece of cake for an introvert like me.

Two questions kept swirling around in my head: What if they don’t like me? What if I don’t like them?

Quite early on the journey I realized my fears were not worth it. Right from the start we had a good vibe in the group – what a relief!

After a one-hour ride on the bus without A/C (and we were experiencing a heat wave in Belgium around that time, so we got our sweat on!) we arrived in a bushy area. You know, I used to spend my childhood summers in the woods, but I guess I outgrew that a bit… Oh well!

Like I said, I was a bit worried about the accommodations. I can be honest about that. I may be an advocate of Couchsurfing and those kinds of things (which means that sometimes you need to be flexible about your hygiene standards), but during the school trip first impressions were very important (or they were to me anyway). The context in which I found myself (being in the wilderness with nineteen strangers) was already complicated enough for me. I didn’t need having to deal with poor accommodations as well! (My god I sound like a spoiled brat now, don’t I?)

You have no idea how happy I was when I found out we would be staying in the new, modern building. Everything was bright new and clean! I shared my room with two Flemish girls and one girl from Brussels (who eventually decided to quite the program, which was too bad…). 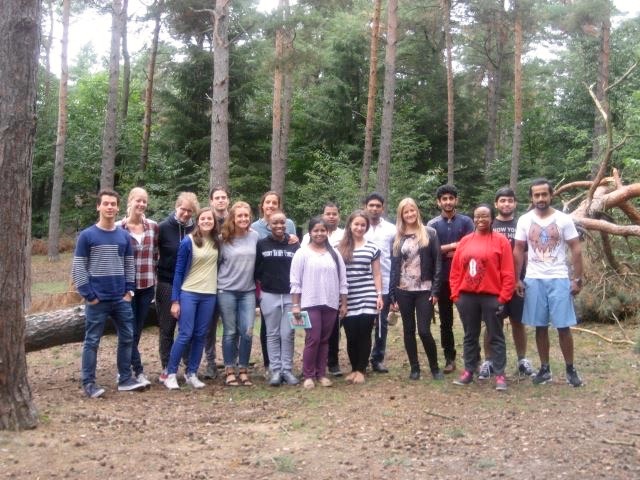 During the actual teambuilding – which was the reason we were there in the first place – we participated in several workshops and did some of those typical teamwork exercises. The goal of this three-day getaway was to get to know each other, but also ourselves: who we are as an individual and who we are in a group, but also who we want to become at the end of the program. The Leadership & Development Track would help us discover this and to reach our goals on a personal and professional level. Fancy, huh?

During the workshop I discovered that, according to the DISC-model, I am a high “C”. That means I am a Conformist (D means Dominant, I means Influencer and S means Security). My result was spot on!

For the high C’s there is nothing better than procedures, rules and structure. They don’t like conflict and will do anything to avoid a fight or discussion. Deep inside, in a work or school context at least, I am totally a control freak. Especially in stressful situations I want to be able to control what happens. When I travel, I have taught myself to let go a bit more, but in a formal context control is my number one priority. I realized quickly that I would have to learn to balance this need a bit more with reality, for my own good but also for the sake of fitting into this multicultural group.

After the teambuilding I think we all felt like we got to know each other a lot better than we ever could have in a regular classroom. I think I can safely say that the teambuilding was a success: we opened the year with a bang!