October was a varied month for us to say the least. We had school days, obviously, but we also got two weeks study break meant for Study & Travel. I will round up as briefly as possible all the things that happened during the month of October.

Like I said: October was very varied – and with that I also mean classes. We visited no less than two companies in between classes. Katoen Natie, in the port of Antwerp, was not so interesting to me. But I have no explicit ambitions in the logistics sector. The company visit to Callebaut was a lot more into my field. This company is one of the biggest chocolate producers in the world and they let us take home some samples. 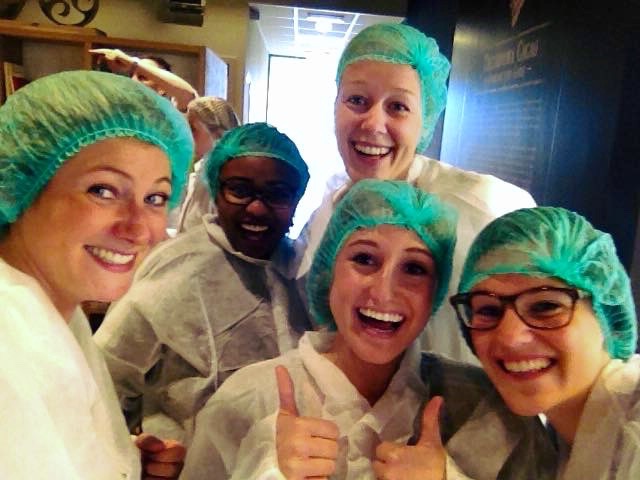 For the first time ever I also had a macroeconomics class. You should know that I have no affinity with economics, but the way this professor taught the course made it super interesting! That wasn’t the case with the market analysis course. Even though I did learn a bit from it, the professor was extremely unpleasant. But both profs were nothing compared to our new favorite teacher: Banu Golesorkhi. She taught us the new course Intercultural Business Awareness, took us out to the Jewish Quartier, and basically made all of us more aware of each other.

Furthermore, we attended a Career Fair where big companies such as DHL, Microsoft, Deloitte, Accenture, PWC, L’Oreal and Uniqlo were present. We were able to ask questions like what the application procedure is like and what it is like to work for that specific company.

One of my favorite moments from this month, was the very first meeting for the student platform that I attended. AMS wants to launch such a platform to give all students an idea of what is happening in the lifes of the other programs’ students. AMS was looking for “ambassadors” to represent the school online basically. Of course I was interested! In the meantime, our team of four (whom I call the founders) has grown into an international core team of nine people and a freelancers team of another ten people. We write about how we experience the year at AMS and what our class does on a weekly basis. In short, we tell the other students (and the world) about life as a student at AMS. If you’re curious, you can take a look here! 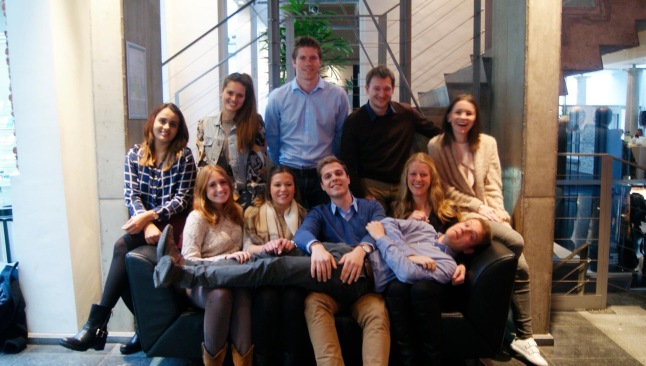 Networking at the Crowdsourcing Week and folding sweaters at Eric Bompard

During the month of October I worked every Saturday (and a couple more Saturdays in September and November) at my mom’s store in Antwerp. Her colleague was sick and she was looking for a replacement during the weekend. I could use the money so I offered to do it. I have helped out in the past so she wouldn’t need to spend valuable time training me. So I was the perfect candidate!

The first week of the study break I went to (net)work at the Crowdsourcing Week in Brussels. I have been promoting this organisation for a while now to earn access to the event. Crowdsourcing is a field I accidently got involved with. It involves everything related to the sharing economy, Internet of Things, Smart Cities, Bitcoin etc. All things that I find incredible interesting. As you know I have been involved with sharing platforms for a while now, such as Couchsurfing, BlaBlaCar, Airbnb etc. So of course I couldn’t miss the biggest event where all these things with be discussed and which would be attended by all the big names in the field! I met a lot of interesting people of levels I could not have reached at this age under normal circumstances. I learend a lot, too, at the event and was incredibly grateful that I (as the youngest person to attend) had the chance to experience this. 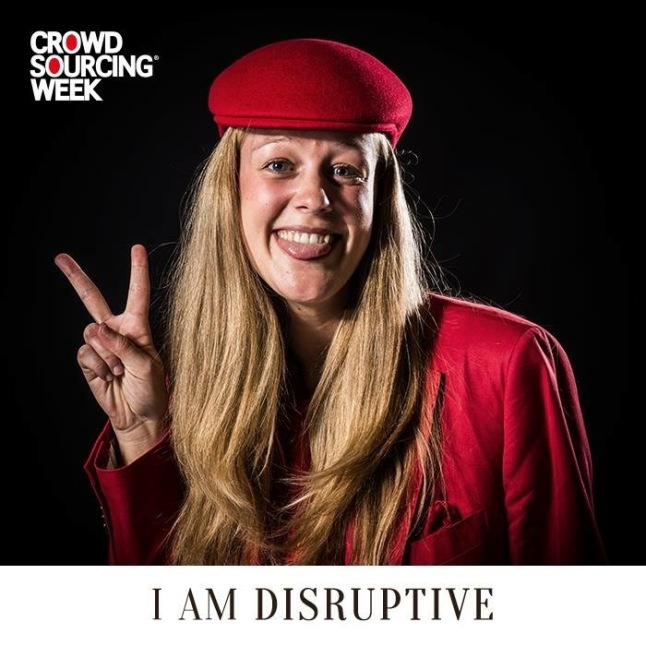 During the month of October I also saw a bit more of Europe. With the whole batch we traveled to Paris. We were so lucky with the weather! It was always sunny, the evenings were a bit cold, but every day the weather was dry and beautiful. The trip was good, but I didn’t feel very comfortable. I think the reason is that I got so used to traveling solo that I just couldn’t help feel a bit awkward in a group of 20 people. Also because it quite hard to organize something that wasn’t planned before if you have so many people to take into account. When I travel solo I don’t have to worry about all that: I do what the hell I want whenever the hell I want. So, I was feeling a bit lonely in the group, but I am planning to change this by the time we move to India!

At the beginning of the month there was a Beer Festival in Mechelen. I invited my American friend and beer lover Madeline to go with me. We tried eleven different local beers, played a game called schubakken and ate a delicious burger at one of my favorite burger joints in the country: Il Cardinale. And a lovely night it was!

The Sunday after the Crowdsourcing Week I was allowed to go on a short trip to Bruges and Ghent with the core team of CSW. I hadn’t been to Bruges in a long time, so I thought why not? It would be a great opportunity to play around with my new camera. I had a lot of fun with Paul, taking pics of everything and anything. Because can easily be visited in half a day, we spent the other half in Ghent. Coincidentally I ran into my batchmate Hellen there. Twice! You need a full day to see Ghent properly, but I had already spent a lot of time in this city when I was part of the organization of a student festival there. Ghent has a special place in my heart and I will definitely return many more times in the future.

My last trips were at the end of October. I wanted to go and visit a friend in Vienna, but flying to Bratislava is way cheaper. Form there it is only an hour’s ride (by car or train) to Vienna. Since I had never been to the Slovakian capital I decided to spend a day there as well. It was the first time I went to a country where I don’t speak nor understand a word of the language. I wasn’t really prepared for that… That’s one reason why it took me a while to feel comfortable upon arriving in Bratislava. The Slovakians all looked a bit surly, but they turned out to be really friendly people who will gladly help you if you ask. Vienna reminded me of Paris in a lot of ways. It was a great place to spend a few days and I did get the chance to meet my friend! It was great to spend a week traveling like this (and to scratch two more capital cities off my list!). 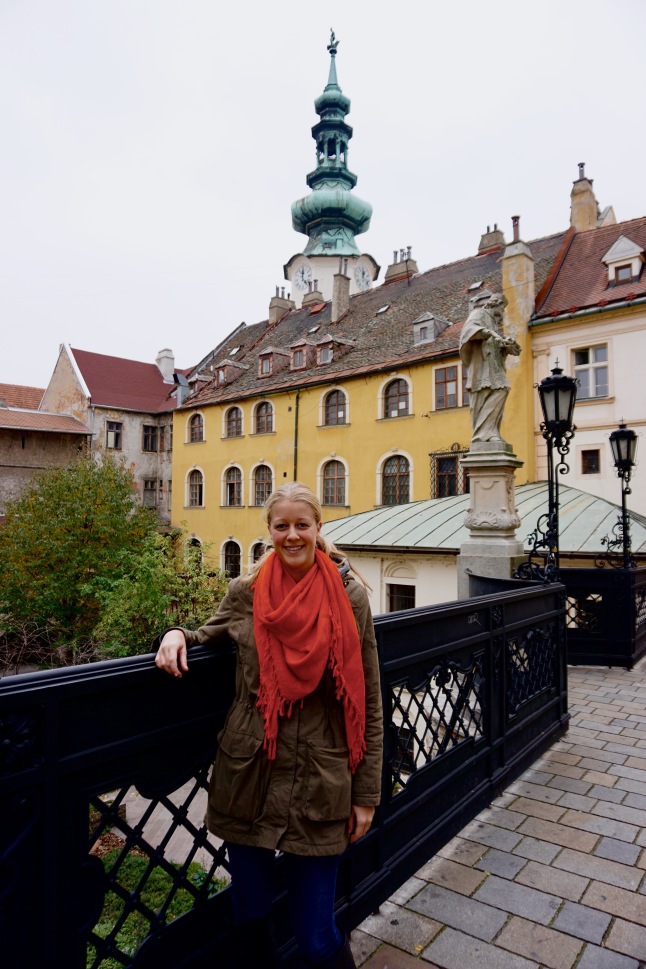 Now that October has come to its end, only two months are left in Antwerp before we travel with the whole batch to India. Let’s see if we can make the most of them!