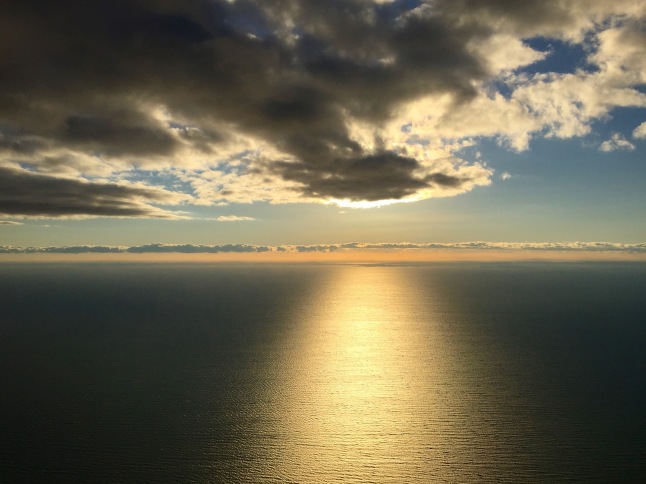 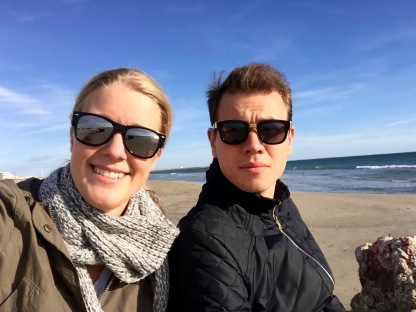 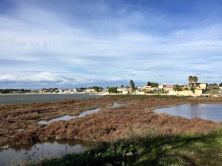 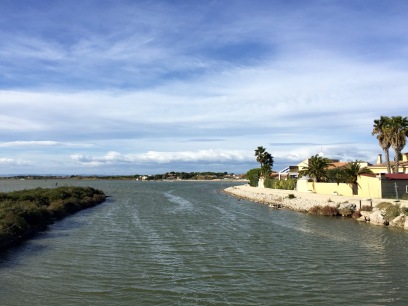 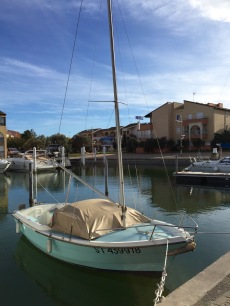 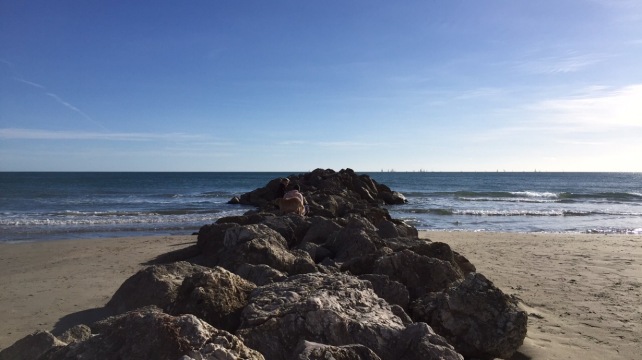 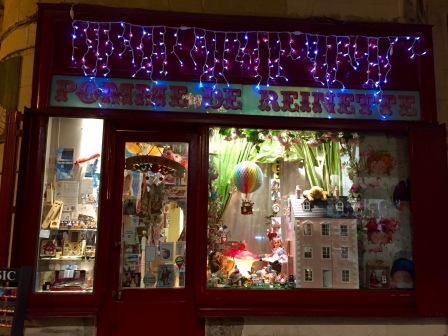 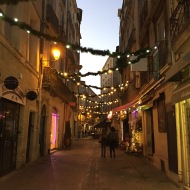 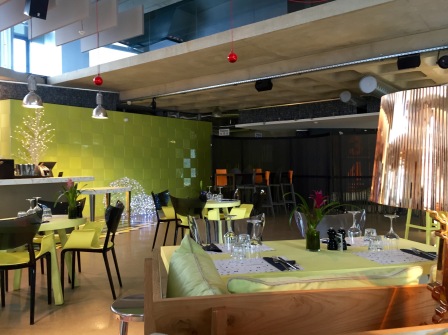 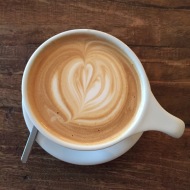 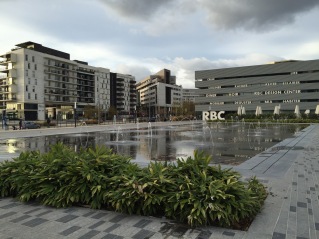 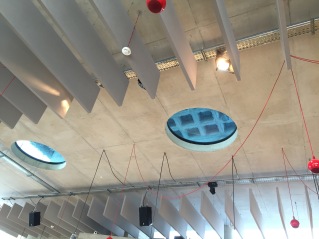 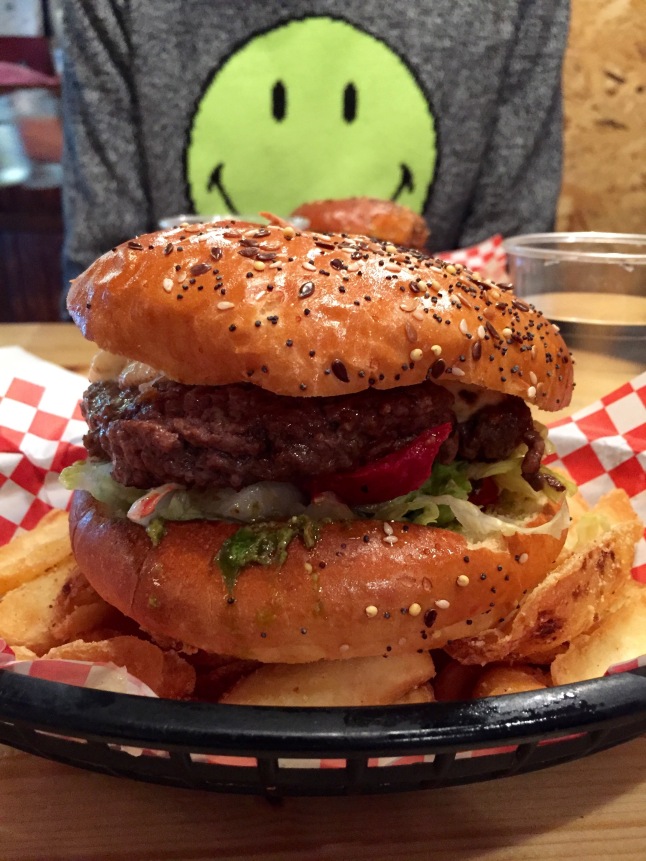 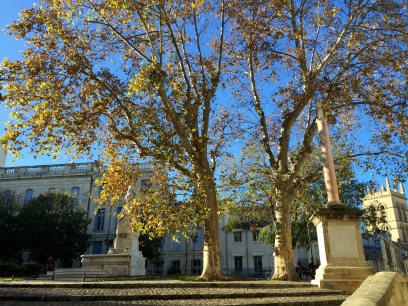 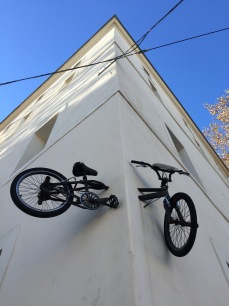 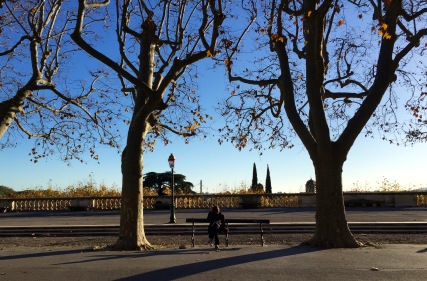 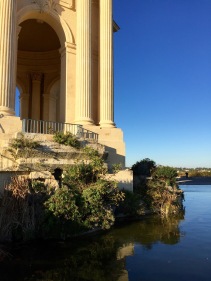 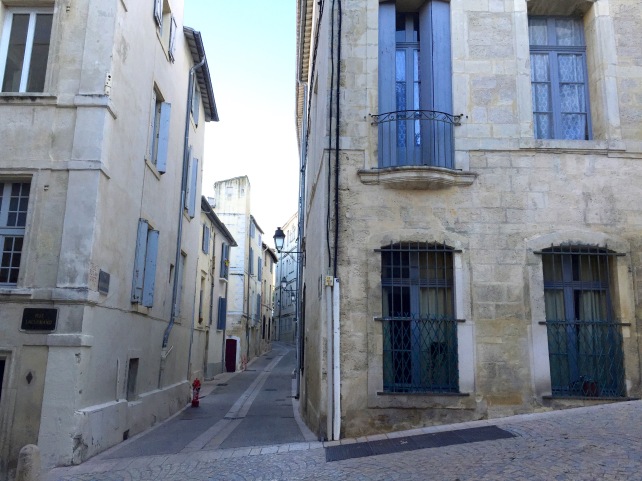 Where the hell should I start? How do I sum up everything that happened in the month of November, a month so full of activities, moments, experiences? This question was floating around in my head when I started writing this blogpost. After a while, I did what I usually do: I just started writing and we will see what I really want to say!

So, here goes nothing! 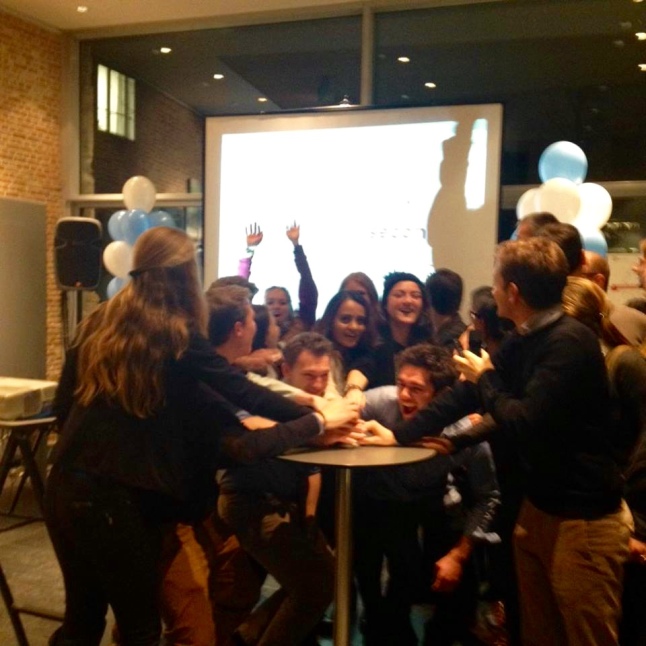 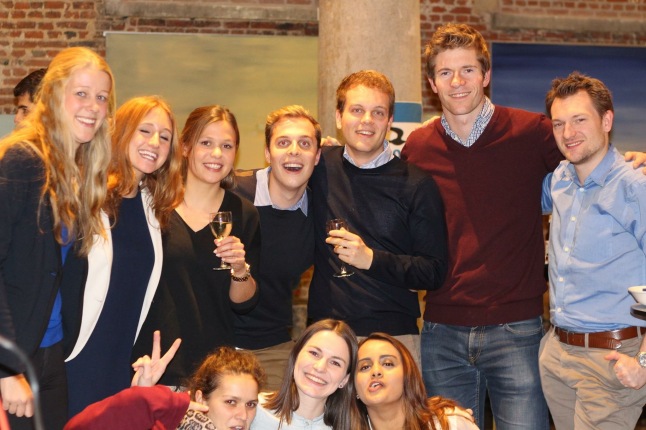 November was a very busy month

In November I covered a lot of miles. I was running a lot from meeting to meeting. A lot of our deadlines were set in November, including the deadline for our first master project. Especially about this last assignment I got really wound up. I am not used to not being able to count on people doing their job (well). On top of that, never in my whole academic career I was obliged to guide a group project. How do you do that without being bossy? I tried really hard (whether I did so in the right way is probably for other people to decide) and it paid off!

On the other hand, there was an exam that involved some calculating. You should know that numbers have never been my strong suit – except when it comes to calcuting travel budgets and exchanging currencies!

In addition, we had the honor of having another class with Banu Golesorkhi. There is not one person who minds staying in class until eight in the evening for one of her classes. This was especially clear when, after our last class with her, everybody staid around for a long while because they didn’t want to say goodbye. I think I can speak in the name of our whole group when I say that we will miss Banu!

Besides running around for school projects, I also raced from project meetings to meetings about the student platform of AMS that I helped to set up. During one of these meetings, we also decided on the official name of this student blog: AMSlife! 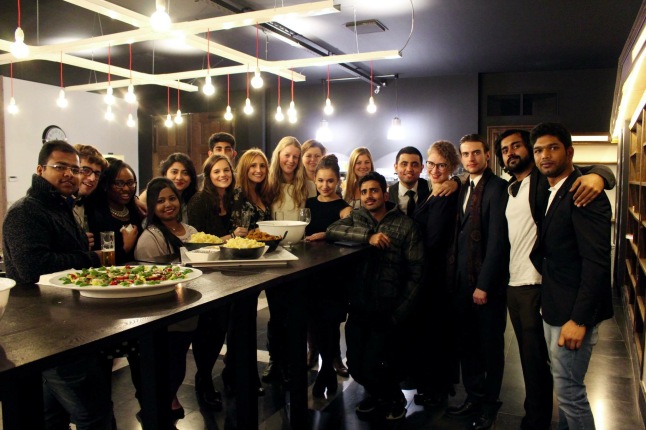 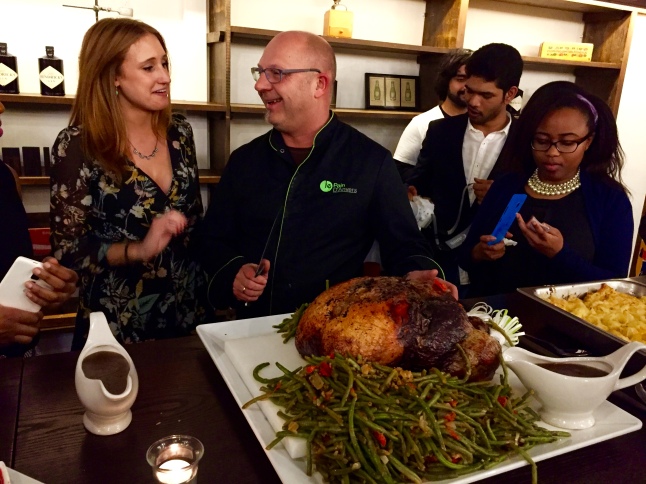 November was a festive month

With a big celebratory event in AMS’s Foyer, we officially opened AMSlife to the greater public. Cava, bits and bites, balloons and a fun introvideo included.

Another big event was the Night of the Proms, a yearly concert that everyone at AMS was allowed to attend. I have wanted to go for years, but – I’m sure you know how it goes – it never happened. If you want to know which musical legends will attend this year, I suggest you take a look here. In the end, though, I only saw a small part of the concert, because we took a little bit longer finishing our macroeconomics paper. But after the part that I saw, I can definitely I would like to go again.

Together with the 3CMGM group, I got to celebrated some foreign holidays/festivals as well. The first time was when we celebrated Diwali in an Indian restaurant. We had a great time listening to the Indians tell stories about what Diwali is about and how they celebrate it back in India. Meanwhile, we enjoyed the Indian dishes (I really liked it, but those lassi drinks are not for me!).

In honor of Ameyo and especially Madeline, who represent the American continent, we got the opportunity to celebrate Thanksgiving as well. AMS gave us a budget to spend as we’d like, so we decided to prepare our own Thanksgiving buffet. Unfortunately, I got really sick around this period and I wasn’t able to enjoy the food properly. Even that night I was actually not really feeling up to a party or being social, but I just had to try the giant stuffed turkey! And I found it in me to actually genuinely enjoy saying what I was thankful for and listening to the others. 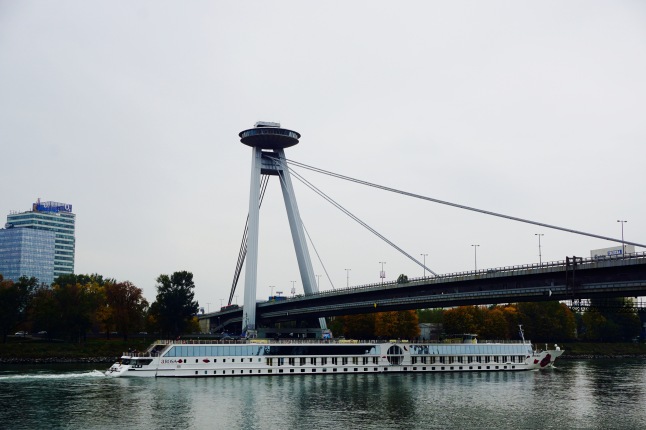 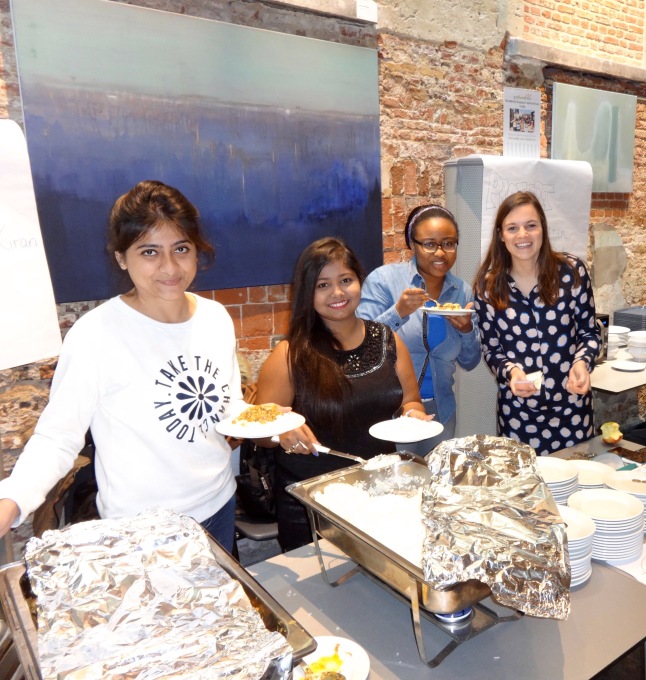 November was also focused on India

After we got the chance to visit Europe during October’s study break – I, myself discovered Bratislava and Vienna during that time – we had to hand in our passports in order to proceed with the visa application for our next semester in India. Thankfully, we were supported in this by An, a former 3CMGM student. Thanks to her the application process went a lot smoother than I could have hoped for.

When you go to India, you also need to get some vaccines. So one afternoon I headed over to the Tropical Institute in Antwerp – I was telling myself not to be nervous. I am not scared of syringes, but after having seen Cordon (or its American variant Containment) I couldn’t help but feeling a bit awkward. When it was finally my turn, two needles were in my arm before I realized what happened: one for polio, one for Hep A. “Unfortunately” the vaccines for typhoid had run out throughout Belgium, so I was advised to just “be careful with what I ate”. On top of this, I also got a long list with other medical supplies I should take with me: the strongest mosquito spray, malaria pills, some cream against itches and another healing cream in case I scratch open one of my mosquito bites etc. Besides these I was also required to bring the usual stuff against traveler’s diarreeah and so on. I am pretty sure half my suitcase will be a first aid kit when I start packing!

Other, more fun, preparations for India were the fundraisers we organized for Asha Kiran, a girl’s orphanage near our school that our program supports. We aim to be a “ray of hope” (the translation of Asha Kiran) for these girls, whose home was partly destroyed during the earthquake in Nepal from April 2015. We want to make sure that they have funds for healthcare and insurance, and that they will be able to pay their school fees. But to achieve this we needed money of course. That is why we started a GoFundMe page and organized two food sales to raise awareness about our cause. I am really looking forward to do some volunteering in India and give back to the country that will no doubt welcome me with open arms. I think I will learn a lot, both on an individual and professional level. But, then again, I think the whole experience in India will have a big impact on me! 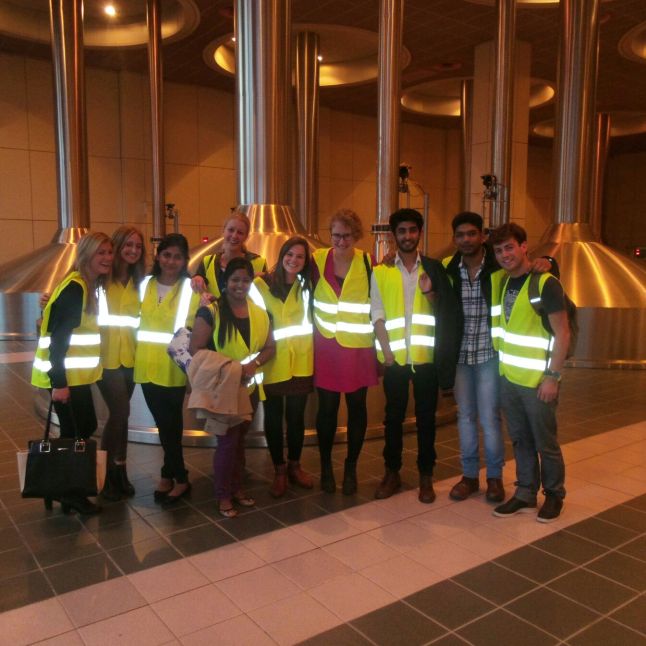 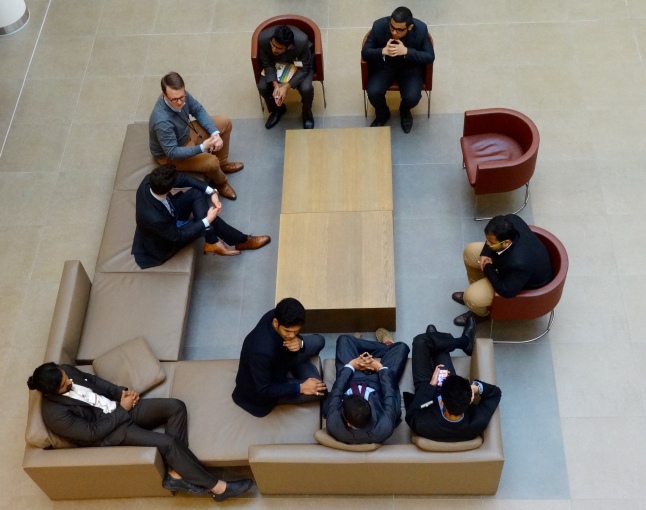 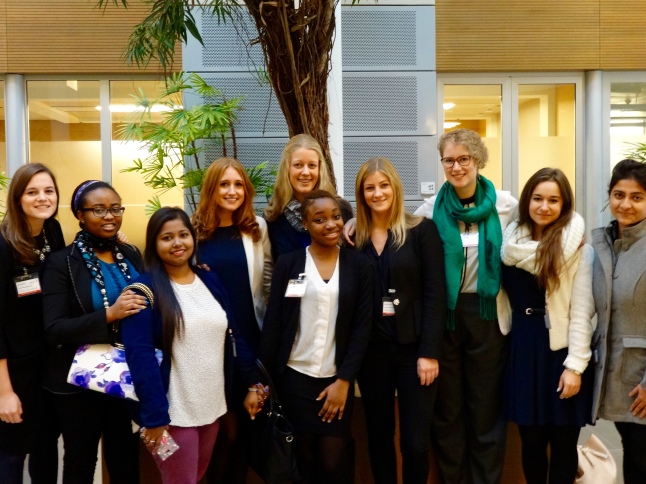 November was a month full of company visits

Except for the visit to AMS by Accenture – I would looove to work for their Digital department! – we also went to visit three companies ourselves. The first one was (insert drums)… AB Inbev! How cool is that? As you may know, AB Inbev is the biggest beer brewing company in the world. And it’s Belgian! We were allowed to taste their world famous beer Stella Artois and got to take home some Hoegaarden and the new drink Cubanisto. It was very impressive to see, especially because I took some batchmates the the local brewery in my city a few weeks before. AB Inbev also has an incredibly interesting graduate program (but unfortunately I cannot enroll because I will be in India around the interview period). I guess sometimes you can’t have everything…

The second company we visited was Janssen Pharmaceuticals, which is part of a bigger company called Johnson & Johnson. I wrote an article on AMSlife that you can read if you’d like. You’ll find it here. How ironic is it that I was sick while visiting a company that was supposed to make me feel better? Hehe. I did learn some interesting things during this visit and I realized the pharma sector is not that boring after all! 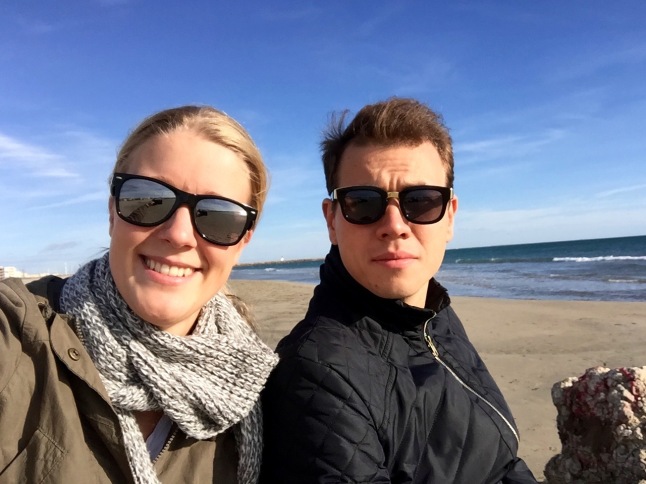 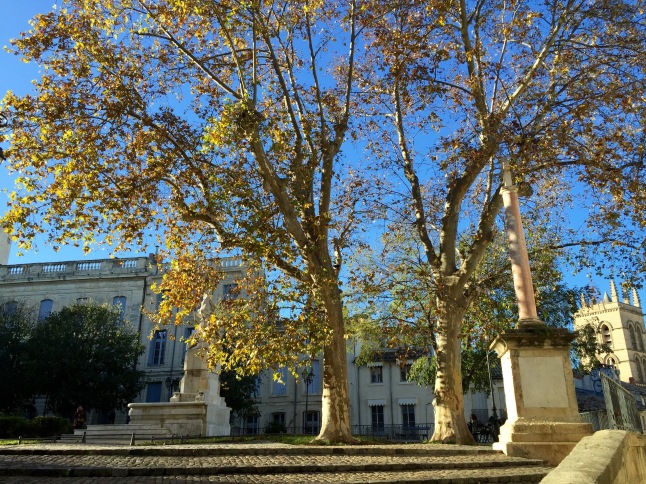 November was an exhausting month, so traveling had to be included

After a full month of deadlines, company visits, classes, meetings and being terribly ill, I really yearend for a moment of rest. So the timing was perfect when I could finally go to Montpellier and visit my friend Aaron who was on Erasmus there. When I was living in Barcelona during my own Erasmus semester, we skyped a lot. However, now that we both have super busy schedules (that don’t match either), we haven’t talked in a while. So I booked a ticket to Southern France. I would be visiting my best friend and a new city. Thankfully, I was able to recharge my batteries in the French sun.

As you can see, so much was said and done this month that it was practically impossible to write a short, concise summary. I like being busy, but when you are sick it just all becomes a whole lot harder. After my weekend in Montpellier I was finally compeletly healed and during the last weeks of the Antwerp semester I could go at full speed again. December is going to be my last month in Belgium before I leave for India. I am curious to find out how we will experience this as a group…